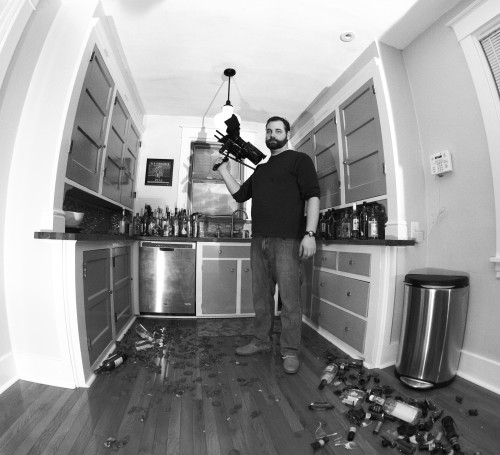 Dustin M. Rosemark is a filmmaker with experience in transnational, multi-lingual film-production on both feature-length and short films. Dustin attended Rockport College (Maine Media Workshops) in Rockport, ME and received his A.A in Film Production in 2006. While at Rockport College he studied with the professionals Robert Draper, Michael Pressman, and Jonathan Frakes.

Dustin was the recipient of a 2010 Jerome Foundation Emerging Artist Grant to produce his 2012 film Blue Hands; a novel animation technique drawing from some of the best photographic talents around the country. In 2012 Dustin began production on his 2014 film 51 Fragments of a Wandering Mind; a feature-length cultural documentary shot in 13 different countries over the course of 6 months. In 2014 Dustin was again awarded a Jerome Foundation Emerging Artist Grant to finance his production Looking At: Looking Into, a film project examining the relationship between media and voyeurism through antique exhibition machines called Mutoscopes. In 2015 Dustin was named a Flight School Fellow; a partnership between Pittsburgh Center for the Arts, Creative Capital and The Emily Hall Tremaine Foundation. Dustin has recently finished post-production on his 2nd feature-length film Inferno, a surrealist interpretation of Dante Alighieri’s famous morality tale.